When I made up the smell Box I thought about a Taste Box as well. But you can’t put together a permanent taste box, obviously, because of the perishable nature of foods. But children (even picky eaters) usually enjoy tasting a variety of different food items if it is presented as a game. I sometimes create a temporary Tasting Box and play the Tasting Game. It is similar to a game my father used to play with my sister and me when we were young. It is great fun for all, as well as introducing new tastes and being a bit of a challenge, which children love, as it allows them to test their abilities and feel clever! It works best with 2 – 3 players (although I have played it with 8 older children) and you can adapt the difficulty level according to the age of the child. Here is how we play it.

You will need: An empty chocolate box; a shoebox; pencil and paper; a small spoon; a blindfold; a variety of different foods and sauces in tiny portions, some familiar and others not (e.g. ketchup, mayonnaise, pickle, cream, jam, honey, marmite, cake, cucumber, cheese, chicken, ham, half an olive, piece of popcorn, bit of lemon or lime, different bits of fruit – fresh and dried.) Use whatever you have to hand.

Decide who will be the first ‘Taster’ and who will be the ‘Feeder’ (they will swap and take turns). The children, if old enough, can help draw out a grid with 2 to 4 columns and up to 10 rows on a small piece of paper for each player. The ‘Taster’ gets the first paper grid, is blindfolded and seated at the table. With the help of the ‘Feeder’ child, I prepare a maximum of 10 blobs of food or sauce in the sections of an empty chocolate box, with a small spoon to sample each blob. (I like to use one of the little long-handled melamine spoons from the Toolkit). Use familiar tastes for younger children, less familiar and some new tastes for older children. I then ‘hide’ the chocolate box inside a shoebox so that if the blindfold ‘accidentally’ comes off, the Taster won’t immediately see what the foods are. We write the names of the food down the first column of the grid. The Feeder recites the Tasting Rhyme:

“Open your mouth and close your eyes, and you will receive a big surprise”

before giving the Taster a taste of something on the tip of the spoon.

For younger children, just ask them if they can guess what the food is, or just to give it a ‘yum’ or a yuck’. The Feeder then scores them for each food as they go, giving a tick on the grid next to the name of each food if they guessed right, a cross if they guessed wrong. Or just give a smiley face for a Yum and a frowny face for a Yuck.

For older children, the Taster can try to describe the taste – sweet, salty, sour, creamy, crumbly, crunchy etc before guessing the name of the food. The Feeder could also ask the Taster how much he likes it – he could rate it with marks out of 10. You could get a bit elaborate with the scoring by giving a point for a correct guess and adding further points for correct descriptions of texture or taste, and put the marks out of 10 in the next column. The Taster might be surprised at the results!

At the end, when all tastes have been sampled and scores shown, the children swap roles. The game is then either repeated with the same samples in the box (if the children are younger) or, if they want more of a challenge, you could rinse the box out and start again with different foods chosen by the new Feeder.

A variation of this game is called Blind Feeding. I have played it with groups of children aged between 4 and 12. I would say the optimum number is probably 4 players at a time (if older) or 2 (if younger), with the rest of the group forming a hysterical audience. It is not particularly educational, apart from testing spatial awareness and making food lots of fun. It could help a picky child (who often gets nagged to death at mealtimes) start to enjoy food a bit more!

Children pair up, one is the Feeder and the other is the Eater. Both wear overalls and tie back their hair (or wear a shower cap!) as this can get very messy. It might be best played outside or certainly with a washable floor. Prepare a bowl of the sloppy food, it must be something the Eater likes. Blindfold the Feeder. The object of the game is for the Feeder to get as much food into the Eater’s mouth as possible by guesswork and touch. The Eater can help by moving his head so as not to get injured by the spoon. If more than 2 players take part, a race can be held between the teams – the winner is the first to empty the bowl, signalled by the Eater tearing off his blindfold and screaming “Finished!!!!”

Children find this game hilariously funny both to take part in and to watch. 😀 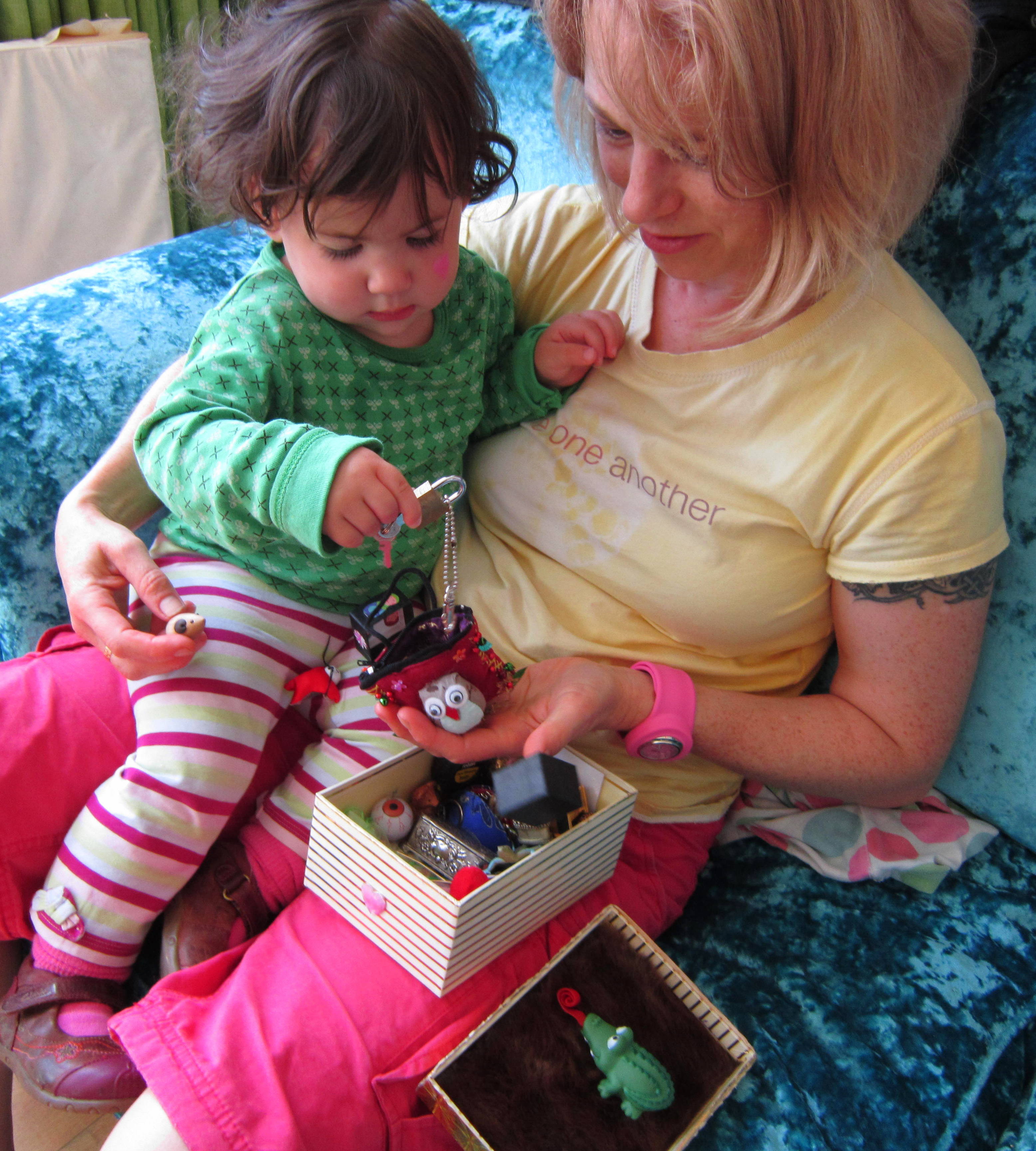